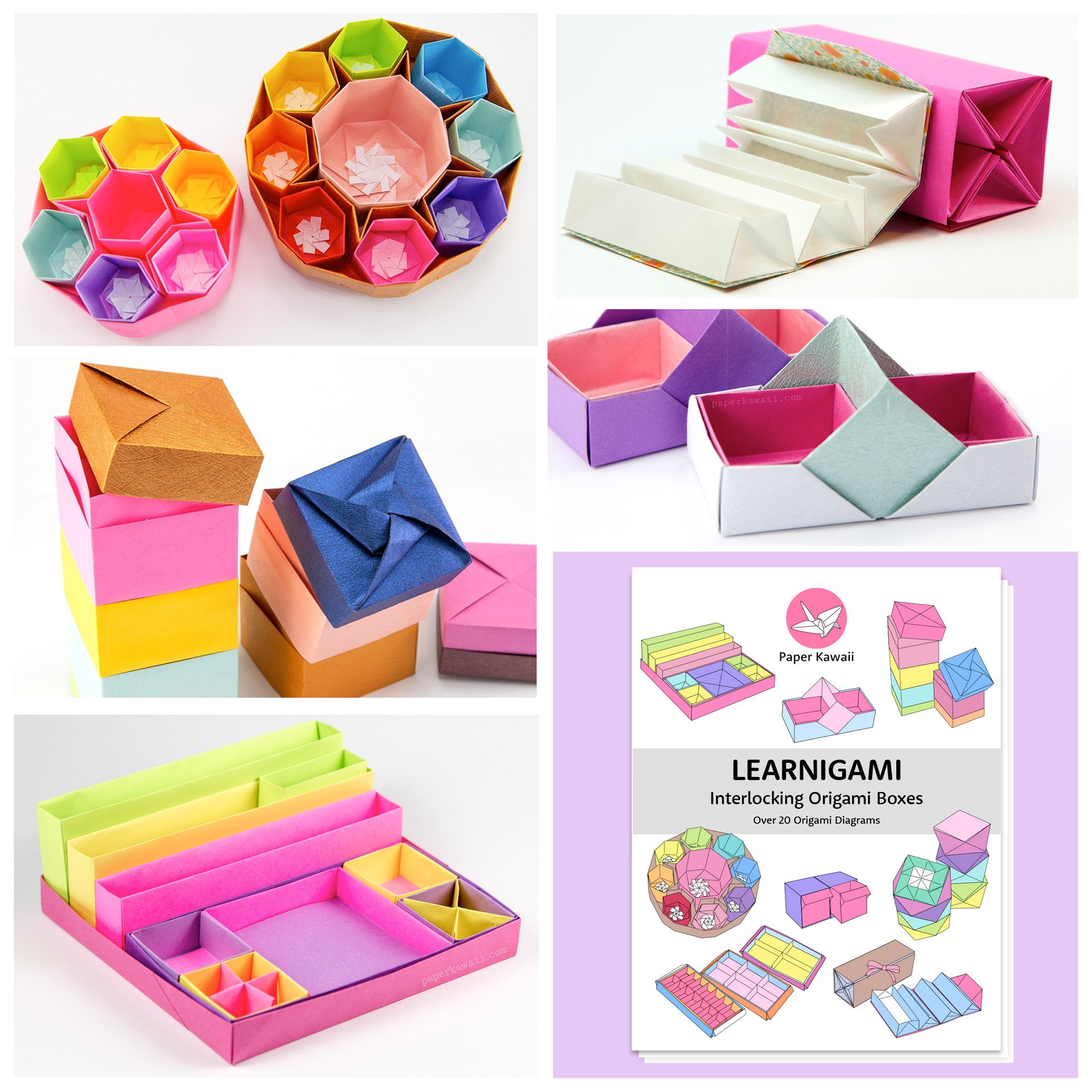 “LEARNIGAMI – Interlocking Origami Boxes” features over 20 origami diagrams. These origami boxes interlock, slot or fit together to become a larger piece. Each origami project is clearly diagrammed with annotations throughout.

This is a time limited offer. OFFER ENDS 1st October 2020

Learn how to fold an origami ‘tripyramid box’ designed by David Donahue! This cool origami box can also be used as a bead and also easily turned into a useful phone stand!

This easy origami gift box or decoration looks exactly like the origami Fox Box which I posted a tutorial for years ago.

I discovered this box myself whilst playing around with the origami twist box, I discovered that David Donahue (and maybe others) have found it years before. Thanks to him for allowing me to make a tutorial of this box.

The box is pretty simple, and locks into place but unlike the origami fox box which is made with 3 sheets, you can open the box easily afterwards.

I made some small ones using 3 x 3inch sheets (photos below the video) and they make great beads, they twist around in the breeze. One could be used as a pendant or as part of some earrings.

The phone stand, is easy to convert to after folding the box. Makes a neat trick!

The geometric shape of this box is called a ‘dipyramid’.

You can download all three of these origami paper patterns (and loads more) and print them out, from here.

Check out my paper recommendations for more information on where I get my paper and also ideas and money saving tips.

Hi there! I hope you've enjoyed browsing my website! A bit about me: I live in Australia with my husband and daughter. Blogging & Youtube has become an enjoyable semi-full time job. A few things I enjoy: sci-fi series & films, anime, Korean dramas & K-pop, my 4 pet bunnies: Rosie, Mochi, Mousy & Doggie. Strawberries, the beach, painting, reading...

This site uses Akismet to reduce spam. Learn how your comment data is processed.

Insert the measurement that you want to convert and then press convert!